The Shopping Expedition
One of the stops dd and I made that first weekend was to Antique Alley in West Monroe. I had seen a Bradbury Handcrank machine several weeks ago on my last excursion there. I knew very little about hand crank machines and decided to leave it there even though the owner made me a great deal on it. I went straight home and researched the machine thoroughly. I had tried the crank and the motion was smooth. Everything appeared to be in good order. When I looked it up I found it uses a shuttle instead of a bobbin and I knew it was in the tray with the machine. I decided to not go get it at that time.
Fast forward and this machine is still on my mind. I decided that if it was still there and I was given the same deal as before I would buy it. I present you with my new machine. 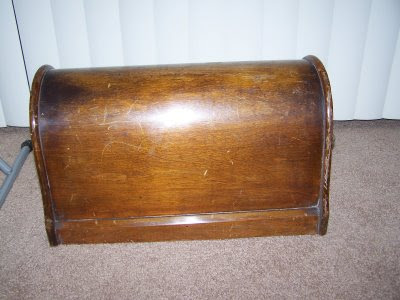 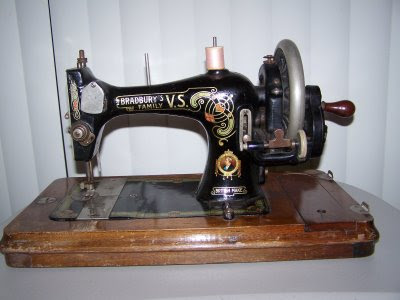 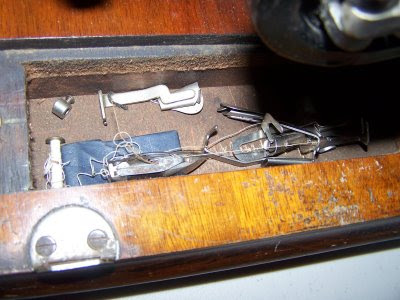 I have since found out that the pressure foot is frozen but hope a little oiling and encouragement will remedy that situation.

DH was released on Saturday and I knew he would panic if I returned to LA the next day. So I waited until Monday a.m. so that he could contact the doc about some concerns. DD was planning to return with me to start her summer and was chomping at the bit to get on the road.

We had a nice drive and I worked from home the rest of that day so that she wouldn't be left alone in a strange place the first day. We made lists of things needed to setup her room and got the menu list made for the weeks meals. I told her she needed to be patient and that we would get her room setup in good time.

Friday I was allowed to leave work early since my boss felt we were at a good stopping point. I went and got DD and off we went to shop. Over the weekend we managed to take in a movie and shopped til we dropped. It was so hot and we were up and down stairs during the hardest part of the day. Her bed frame was so heavy that we had to open the box downstairs and carry the pieces upstairs. We were up until after midnight putting everything together. It looks really nice in there. My only concern was that she wanted a twin bed and has a full at home. I was up early Sunday having some alone time. All of a sudden I heard a big THUD. I was able to lean over and look down the hall to see that she had fallen out of bed. I hurried in there and she had a confused look on her face. I knew she wasn't sure where she was and what had happened. I think she is used to the bed now. No more thuds...and you didn't hear this from me!!

I will be back tomorrow with more catching up!

Catching Up!!
My hubby's body must know when my quilt guild meetings are.
I attended the meeting on the 4th. It was great! We were shown a demo on QTC's or as I know them ATC's. Artist's trading cards. At the end of the presentation we were all allowed to choose one from a tray to keep.
Show and tell was wonderful as well. Here are some of the challenge round robin quilts and other quilts shared. 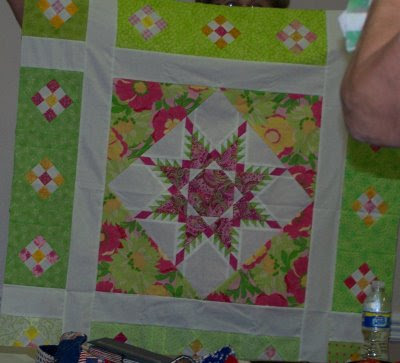 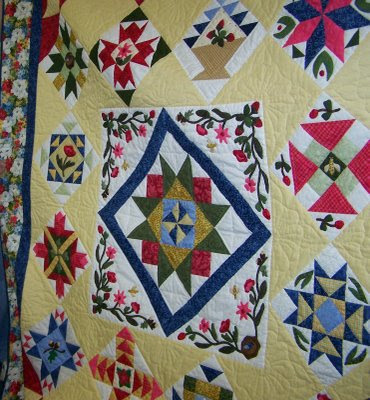 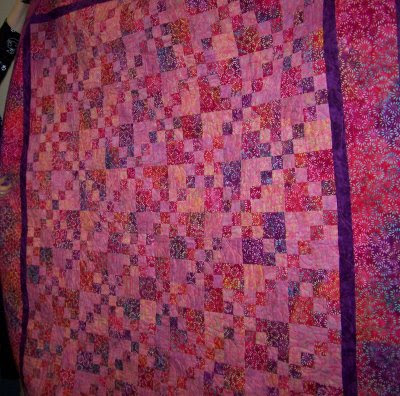 So why the comment about hubby? Throughout the meeting my phone was ringing like crazy. It was my daughter calling. I texted her telling her I was in a meeting hoping she would text back to tell me what was going on. She did not. She chose to call and call. I thought it couldn't be that important.
The joke was on me. When I finished at the meeting I called her to see what was up. She informed me that dh was in extreme pain and needed to go to the ER. I told them don't wait on me because 4 hours was too long to wait. The neighbor took him. He was having such severe cramping that he was screaming in pain. According to my neighbor he was scaring the nurses with his screams. They gave him a shot of demerol but it didn't help. They finally gave him an antianxiety pill. That relaxed him to and allowed the demerol to do it's job.
I was dealing with an eye infection and did not feel comfortable driving that night so I got up and drove home first thing in the a.m. It was the kids last day of school. They slept at home and managed to get themselves up and to the neighbors so that they could get a ride to school. I got home and worked a little while then reached dh.
I am not going to go into all the details but basically he was admitted for 9 days. The docs spent that time to fine tune his meds. We expressed our stress over the cramping that did not seem to happen when he was in the hospital. No one could explain it but I think all that is resolved. He is still deferred from the transplant list until he can have some testing at the end of July. Hopefully all will be resolved. Unfortunately his MELD score that tells where he is on the list is even higher. I hope he can stay out of the hospital until the actual transplant. He does seem to be managing much better.

This is the first fabric postcard I have ever received and I love it. It came with my bear. I show the back below so you can see Ele's doodling. I love it! Now I have a little sample and will finally attempt my own! 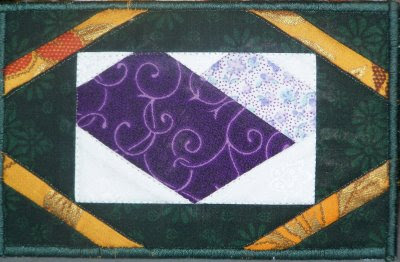 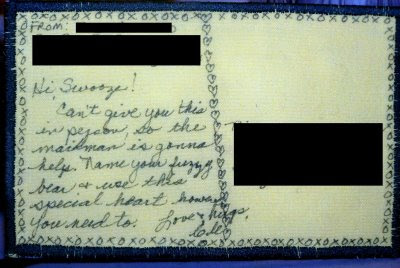 Hug in the Mail


Last Saturday I got a nice little surprise in the mail. My dear friend Ele made this for me. I named her Daisy. 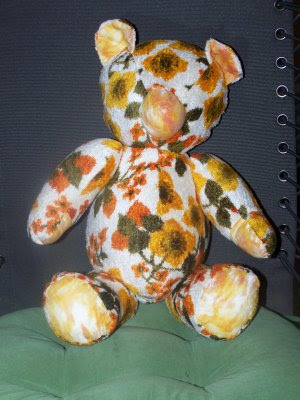 I also received my frst ever fabric postcard from Ele. I will post that later.